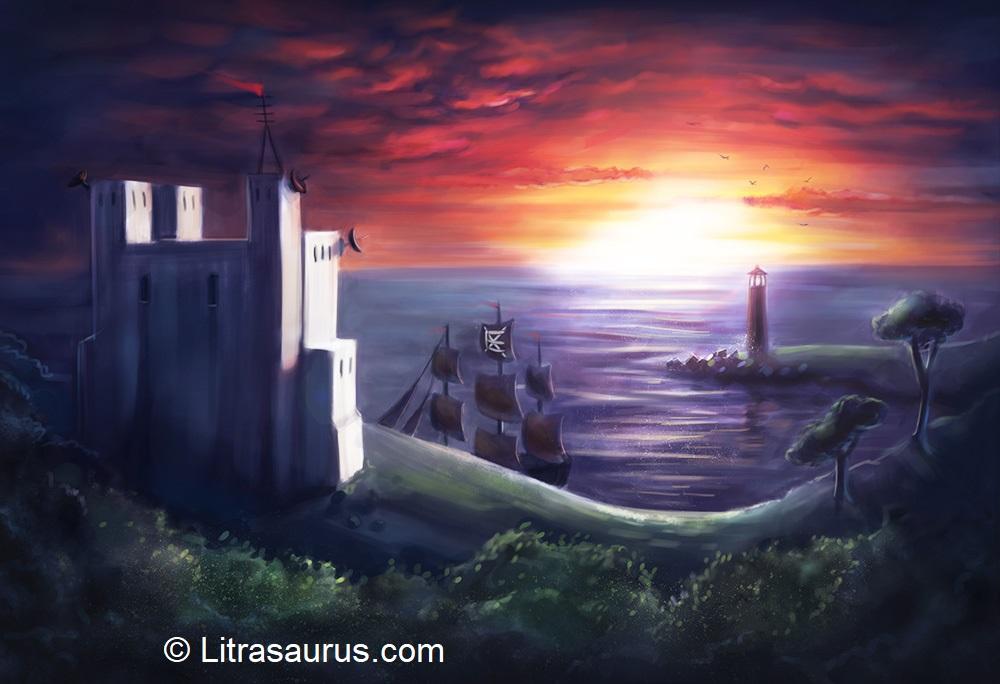 Here was the tower that Extinctus, with the help of his Androids, had created for his base and home in Perpetua; the land he wished to control.

It looked like an ancient monument (appearances can be so deceptive!) but inside it was filled with all sorts of futuristic and high technology gadgets, monitoring cameras, computers, telescopes and it housed a very special observatory at the very top. It had high speed glass lifts to each of the floors, of which there were many in the tower.

It was situated high on a cliff, but the land sloped gently down to the clear blue waters of the sea where his galleon (ship) was moored in the cove. A lighthouse illuminated the far waters at night and he could watch what was happening on the horizon. From the other side of the tower he could view almost all of the land of Perpetua.

It was perfectly strategically situated to see ... almost ... everything. He could not see, however, behind the walls of the garden of the cottage in which Flora was in hiding (which was precisely why Ariadne had chosen it for her stay) or indeed the mountainside in which Litrasaurus’ cave was housed, hidden by the huge and ancient tree Arbus Magicus .

Extinctus had heard rumours of a dinosaur but had just laughed at the simple people of Perpetua as he knew that they had become extinct millions of years ago.