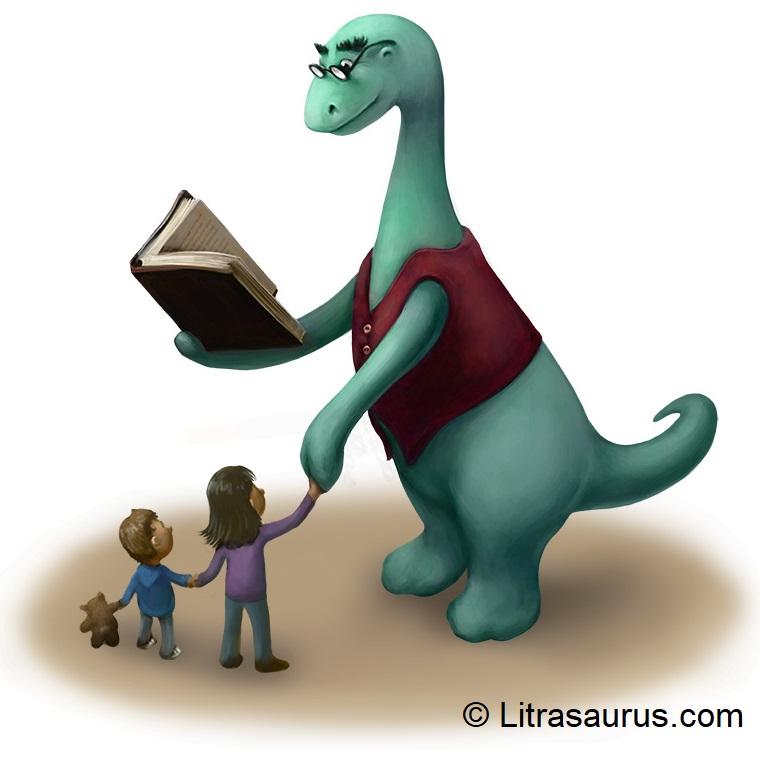 He is very old and wise, but because he is very old, and his eyesight is weak, no-one suspected his secret passion – for books of course ! He even has special spectacles for reading.

He is very kind and gentle but because he is so big sometimes the children are afraid of him at first but he would not hurt a fly (appearances can be very deceptive). He has a lovely smile (not often seen) but in his eyes is a twinkle that hints at a mischievous sense of humour. His voice too is soft and gentle and the children love him to read to them, but, when he is angry, which is usually only when he witnesses destruction of the books that he so treasures, he sounds as fierce as can be and smoke comes from his nostrils making him appear very frightening.

The land in which he lived was called Perpetua and in this land he had a wonderful Cave which, when the magic door opens, is lit by a wonderful rainbow arc around its edges. Here is where the magic begins! Inside is a huge and wonderful library full of books that he and his friends have rescued from destruction: more of those adventures later! Deeper inside the cave is a secret door leading to a labyrinth of passages and tunnels that lead under the ground to all over the land and some even down to the sea where he meets his marine friends and helpers. Thus, he can travel everywhere un-detected. The door which opens into his cave is invisible and can only be opened by a secret password, even then the cave is obscured by an ancient and magical tree. (Arbus Magicus: I will tell you more about that soon)

Litrasaurus is a true “grandfather” to all the children and, because he is so wise, they come to him in times of sadness and joy to share his wonderful knowledge of books and reading. He might suggest a book for them to read that would cheer them up or teach them about the value and history of this land and others. They always come away from these visits nourished by a feast of knowledge, their imaginations revived, where they had arrived starved and hungry for the same.