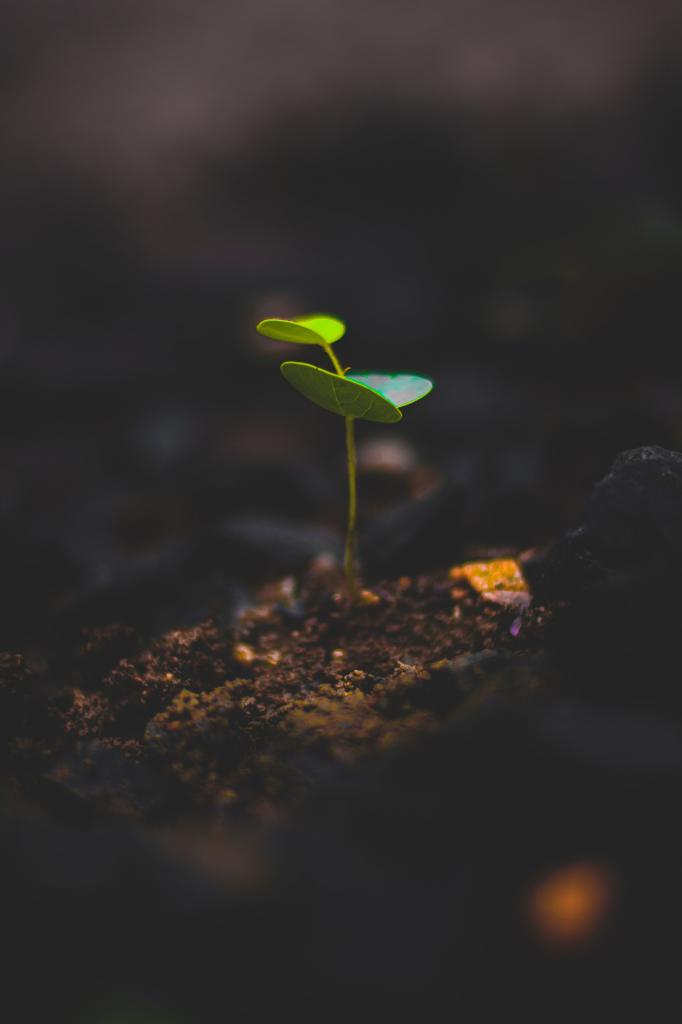 Two seeds sat side by side in a fertile flowerbed during springtime. The one seed was eager to grow and flower; its thoughts were filled with visions of itself pushing through the earth, sending out more shoots, drinking the dewdrops, blossoming and climbing high towards the sun. He wanted to embrace the whole Mother Earth, and thus, the seed started to grow!

The second seed, on the other hand, was apprehensive about beginning the growing process. He thought to himself:

“If I start to put down roots and my stems begin growing, I will get wet from the dewdrops, my leaves will be trampled by the birds and snails and butterflies will feed of me. When my flowers bloom, they will be picked and placed in a vase.”

“I think I will sit here quietly in the earth and put down roots only when I feel more at ease about doing so.”

A bird that just landed in the flowerbed, pecking the earth, found the seed that was waiting and ate it.

You see it everywhere – people with dreams and aspirations, with passion and drive – letting the “cannibals of life” take all away, bit by bit.

Instead of growing and flowering they end up so much smaller than their potential.

Why? Because they are eaten alive by fear of loss, need for security and lack of self worth.

Do not let anyone feed of YOUR dreams! Go after them!

The biggest risk is maybe that you won’t reach them on the first try.

However, I can promise you that by going for it, with your heart in it,you simply cannot fail!