The World is Saved ! 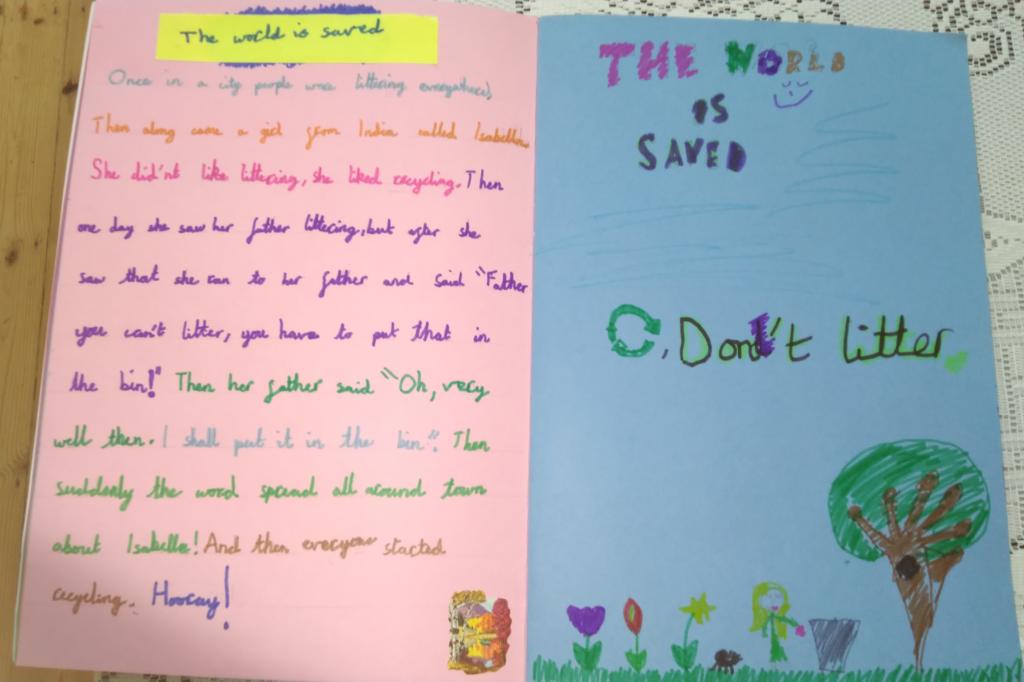 Once in a city people were littering everywhere.

Then along came a girl from India called Isabella.  She didn’t like littering, she liked recycling.  Then one day she saw her father littering, but after she saw that she ran to her father and said “Father, you can’t litter, you have to put that in the bin !”  Then her father said “Oh, very well then.  I shall put it in the bin.”

Then suddenly the word spread all around the town about Isabella ! And then everybody started recycling.  Hooray !