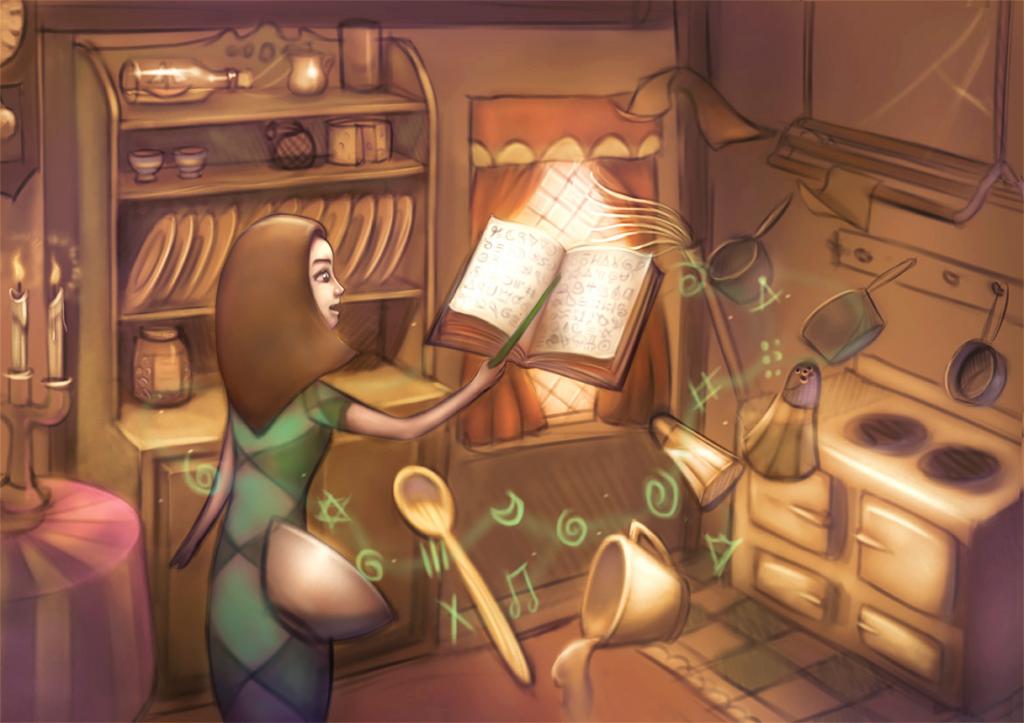 Once upon a time there was a secret house, it was in an unusual place, it was deep in a magical mountain. In this house lived a lonely fairy she had no friends because she lived in such a far away place, so nobody knew she was there. Her house was moved there by a witch, who was jealous of the fairy, who was good and kind and friendly,and everybody liked her, so here she was, stuck in the mountain.

Her name was Lily.

One day she had an idea, ” I know,” she said” I have furniture, and objects in my house, I’ll wave my wand and make them able to talk to me, then I won’t be so lonely!”

For a while she was happy playing and talking to the cups, saucers, chairs , toys and everything else you can imagine in the house, but she missed her old friends very much. The salt and pepper pot were talking to Lily the fairy and asked her why she couldn’t use her magic to move the house back to where she used to live. Lily replied that she was only able to use her magic inside the house, but couldn’t move it.

Salt and pepper really wanted to help Lily, so they decided to go and find the Witch to set Lily free. (salt and pepper could walk and talk now.)
Some of the other magical items in the house went with them, but most stayed behind to keep Lily company.

When they left the house there was a lot of fog, so they had to hold hands so they didn’t lose each other. Further on inside the magic mountain it was full of beautiful rainbows and waterfalls and all sorts of little creatures that looked a bit like teddy bears.

Salt and Pepper told the teddies where they were going. And the teddies thought the King and Queen of the mountain might be able to help them find the witch, so they set off for the palace.

The palace was made of gold and silver petals, the group had never seen anything like it.
The king and Queen said they would help. “I will use my magic to bring the witch here and see what she has to say for herself.”

CRASH BANG TINKLE PING The witch appeared in a puff of smoke. (very noisy smoke indeed!)
“Where am I” she said, and began to cry.
“Why have you banished fairy Lily to be alone, trapped in her house in the mountain?” the King roared.
” Because she had lots of friends, and I thought that if I sent her away I could have her friends, but it didn’t work because they were cross with me for banishing her with my magic.”

“You must remove the spell immediately and apologise to Lily ” said the Queen.
The King, Queen, teddies, Salt, Pepper and the rest of the group marched the witch to the magic house to see Lily.
“I am very sorry for casting a spell on you and your house, I was jealous of you, but when you were gone, still, nobody liked me .”
Fairy Lily said that it was very naughty to use magic for bad things, but felt sorry for the witch, as she knew how it felt to be lonely.
“I will help you to make friends when we get back home if you promise to change your ways”
“I will, thank you” the witch said.

A party was held at the palace to celebrate, and say goodbye to everybody.
Back at home Lily and the witch became friends. Salt ,Pepper and the others were still able to walk and talk because Lily had come to love them.
They visited the King, Queen, and teddy creatures every year for a party in the magic mountain.