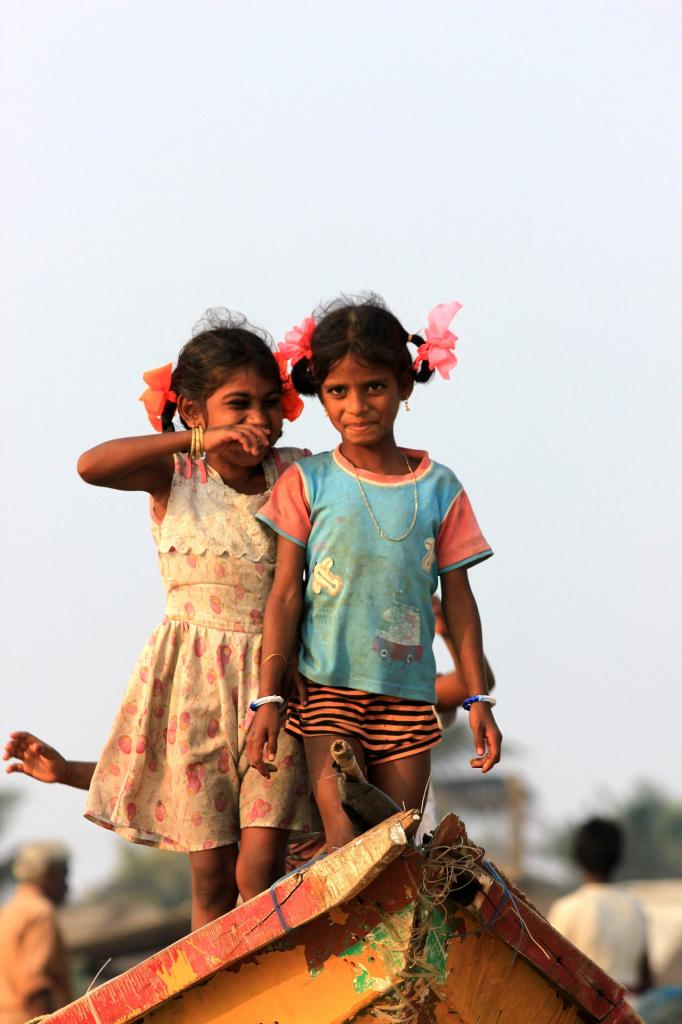 The firstborn arrived towards the end of the night on the thirtieth of April, and was named after the month of her birth, while her younger sister arriving soon after was likewise named May. They were very close, but very distinct from one another: April was very good at noticing things that other people missed, the tiny but important details. She had a great memory and was excellent at solving puzzles and riddles. May was the performer of the pair, good at jokes and impressions, always making people laugh. Often when people who did not know the twins met them for the first time, they mistook May to be the eldest, as she was usually the first to speak and very outgoing. But it was April who quietly led from the inside, her subtle signals and signs meaningless to anyone other than her sister. Just as May had a talent for being noticed, April’s skill was being unnoticed when it suited her, and it was this combination that made them masters of thievery in their pre-pubescent years.

Like the magician’s assistant, May could direct and distract an adult’s attention (and it always was an adult, for it did not feel fair for them to team up to hoodwink another child), while April would gently remove items from their possession and later return them again. They never kept what they took for very long – not necessarily out of shame or fear, but rather a deeply entrenched sense of what was moral; the belief that all things ought to eventually be returned to their original owner and only borrowed out of curiosity for a short while. They also viewed this second part of the ‘disappearing act’ as equally important to the first, for surely everyone would know that it takes twice as much skill to return an item unnoticed as it does to simply remove it in the first place…

April was by far the greater reader, preferring adventuring through her mind and learning as she went about all the amazing things in the world through other people’s accounts of them. She had an insatiable thirst for knowledge and would often pause to consider some deep and complex thought. May, on the other hand, was a natural born explorer who could barely sit still for more than ten minutes without becoming distracted and wandering off. She had a natural curiosity for other people, places and things: what one might call ‘an inquisitive nature’ if one was being kind, or ‘nosy’ if being rude. She loved to talk, to sing, to dance, play piano, and to impersonate others, often to comic effect.

Unlike the stereotype of twins, these two were quite comfortable being separate (not separated, which is a different thing) and would happily entertain themselves with different occupations. They were at that age where the wideness of the world, with all its possibilities, was just beginning to open up to them. The concept of a broader landscape with much more to discover loomed large. Yet, they were still young enough to be at the centre of their own universe and somewhat naïve. They did not yet care much for anything beyond amusing themselves.

They lived, rather unusually, on a ship that ferried passengers up and down along a very famous stretch of river. Their mother was rather senior in hospitality, while their father assisted with various odd jobs, working in the kitchen, hauling luggage, and making repairs on the boat. In this sense, the girls were never denied their freedom, for their parents knew that no matter how far they wandered out of sight, one way or another they would always be somewhere on board, so there was no need to be anxious or strict. They had no memory of life being anywhere other than on board, and so the ship was home and all the crew like a large extended family (with some relatives they were more fond of than others), particularly as they had no other blood relatives on board. And so they lived in this strange habit of contradiction: always on the move, yet always in the same place; surrounded by a large family, with few actual relatives; totally restricted to the same square feet of ship at all times, yet beneficiaries of an unbounded freedom to go wherever they wanted.

So: Back to the thievery, because I know that’s what you’ve really been dying to ask about. It is important to say here that these two were not ‘naughty’ children, as so many others have been characterised as in other stories. These two were moral, good and true… They just enjoyed amusing themselves through the taking and returning of objects sometimes. They never caused any harm and never kept what was not theirs. Equally, because they were so good at it, they had never been discovered and scolded for this behaviour, so it would be fair to assume that they had it in their minds that they were not going anything remotely naughty either – so no reason to stop. What kind of things did they take? Well, I’ll tell you:

Pens and pocket watches; handkerchiefs and little boxes of snuff powder; smoking pipes and broaches; bookmarks and lighters (bookmarks needed extra special attention paid to remember exactly which page they had been reading at the time of the taking). Sometimes, even stranger than jewellery, a false eyeball or false set of teeth. Once an odd straw-packed doll they only later discovered was linked to the ancient art of voodoo, and quickly returned for fear of catching bad luck. Once they took a powdering set with a secret compartment behind the mirror, with a very beautiful picture of a young woman hidden there, though they could not work out why. Another time they took a revolver, emptying out the six cartridges, and one by one carefully putting them back. There had been a notebook bound with snakeskin, full of scrawls in such terrible handwriting that they couldn’t make out the language, let alone the words. Once there was an ornate comb, very old-looking, studded with tiny emeralds and rubies – although many of them were missing, presumably fallen out and lost, or perhaps deliberately prized out in times of financial desperation.

They had never once been caught, but probably the closest shave they’d ever had was when they’d failed to notice a cat curled up asleep under a blanket on the edge of a chair, which had let out an almighty yelp when May had sat on it. It had hissed and yowled and was hideously scary as it was all pink, wrinkled and hairless. (That is not to say that these cats are not as equally lovable as any other cat, merely that the girls had never seen one like it before in their lives, and were quite taken aback when it first leapt out.) The cabins and the rooms were their playground, and they were never more excited than when a new load of passengers came aboard, laden with luggage and trinkets and secrets.

Thievery wasn’t their only skill, however. Both were talented at games: chess, blackjack, draughts, gin rummy, crosswords, parlour games, riddles and quizzes… They had practised and learned new tips from dozens of passengers and crewmembers over the years. Because of their age, they did not play with money, but kept a tin of marbles, buttons and badges (which may as well have been money to them) when they wanted to make bets, and always returned winnings to their original owners once the game was over. This noble act – for they would often beat practised adults – would likely earn them some other reward instead, such as ice cream from the parlour, or a turn on the baby grand piano, or a copy of a new book if they were lucky. One time, they played a man who insisted on playing another game, then another, even though he’d already lost several already. He continued to order whiskeys from the bar, and adding more items of higher and higher value to the table. At one point he bashed his fists on the table and fished out a set of keys to what was presumably a very large house (he wore an exquisitely expensive suit and set of shoes) and added this to the table, at which point the girls’ mother came over to politely explain it was their bedtime and escort them back to their cabin.

Bedtime was a loose enough concept. Although being ‘in bed’ by a certain time was non-negotiable, what they did afterwards was up to them, as their parents would not return until all hours of the night. April would often read, sometimes aloud to May, who would imagine herself as all of the different characters having adventures. Sometimes, if a book was boring, April would imagine her own journeys instead, making up new stories and characters within the original story, and this could go on for hours. The water they sailed upon could be choppy at times, but they never struggled to fall asleep. The constant bobbing around, although unnerving to some, was like a cradle rock motion to them, the sound of the water like a wordless, tuneless lullaby: all rhythm and shhhhh…