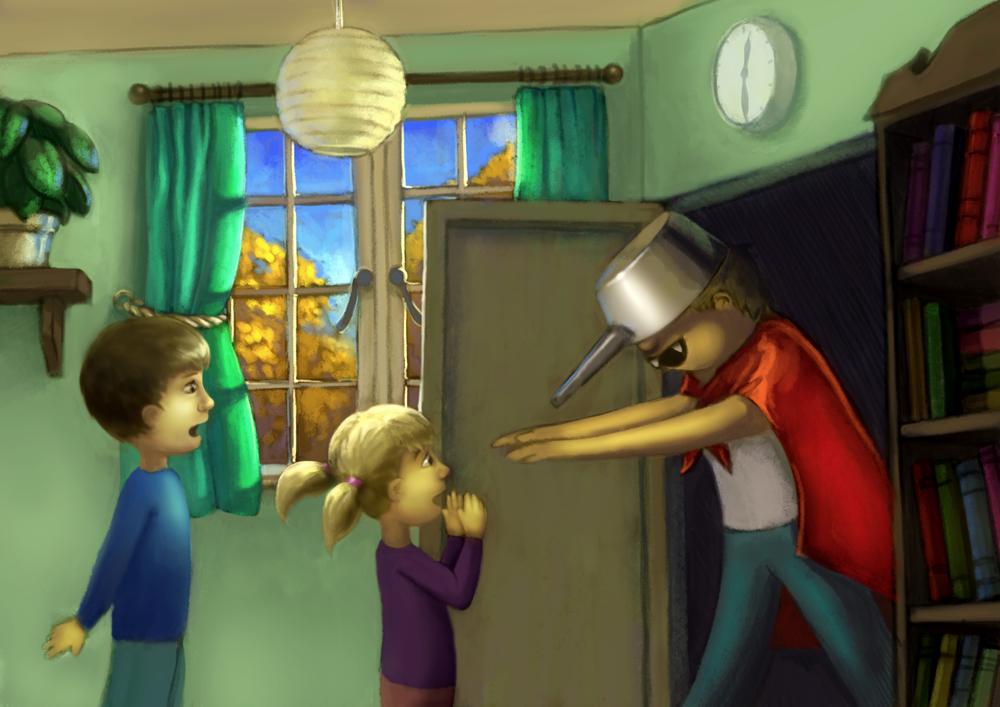 One fine day on Halloween a rather strange person came out of Mum and Dads’ room. They didn’t know what it was or who it was. They were intrigued, so they followed them.

Once the person was out of sight they began investigating the room. They found nothing out of the ordinary besides a small piece of paper on the floor. It was a photograph of their Dad and Mum but Dad’s body was ripped out of the photo. They found the other piece and in the photo everyone was wearing Halloween costumes.

They found a secret door in the house, hidden for years behind a bookshelf. They stopped and heard maniacal laughing. They didn’t think of opening the door because the laughing sounded so scary. The person came out of the door, it turned out to be their Dad! He was laughing because he was practising for a Halloween festival.